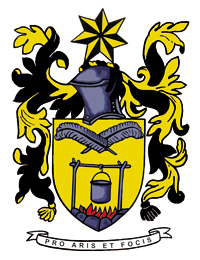 Name Idea: The name “Lawson” being derived from the recognition of one of Australia’s noted poets, Henry Lawson.

Colours: Gold and Black – colours of the outback

Motto: ‘For our homes and altars,’ a very ancient Roman motto and a Lawson theme.

Sacred Heart Day is traditionally an opportunity for the school to gather to celebrate the history and ethos of the Missionaries of the Sacred Heart. However, this year was a little different due to the current distancing restrictions. Consequently, rather than have our usual Sacred Heart Day

Congratulations to the 2019 Daramalan Theatre Company for their production of “The Treasure of Peter Pan” which has just won the local Canberra Area Theatre Award for “Best Original Music” written by ex-student Billy Dickson. The production, written and directed by teacher Ms Helen

Students raise over $3000 for Caritas

One of the final events held at the school before the students started working from home, was the Caritas Coin Line where students and staff, as part of a House activity, collected as many individual coins as possible to raise funds for the charity Caritas. The money has now been counted, and